March 2 (Day 5)
0700 we bought pandesal for breakfast
0800 we rented a tricycle to Fundacion
Note: tricycle rental is Php100 maximum of 3 persons
0830 arrived at Fundacion
Note: this is a private lodge non-guest are only allowed in front of the lodge
0900 walked to the Japanese tunnel
0940 reached the Japanese tunnel
Note: from Fundacion go right and just walk down the road it is behind a hill and the entrance is the third hole
1000 went back to the homestay
Note: you just need to follow the road and it will take you back to Basco proper
1030 got back at the homestay
1100 ate lunch at Chilis and bought souvernir items at Tawsen (Reyes st. opposite of the airport), we stroll around the town
1600 got back at the homestay
1730 went to church, ate dinner
1930 got back to the homestay and sleep 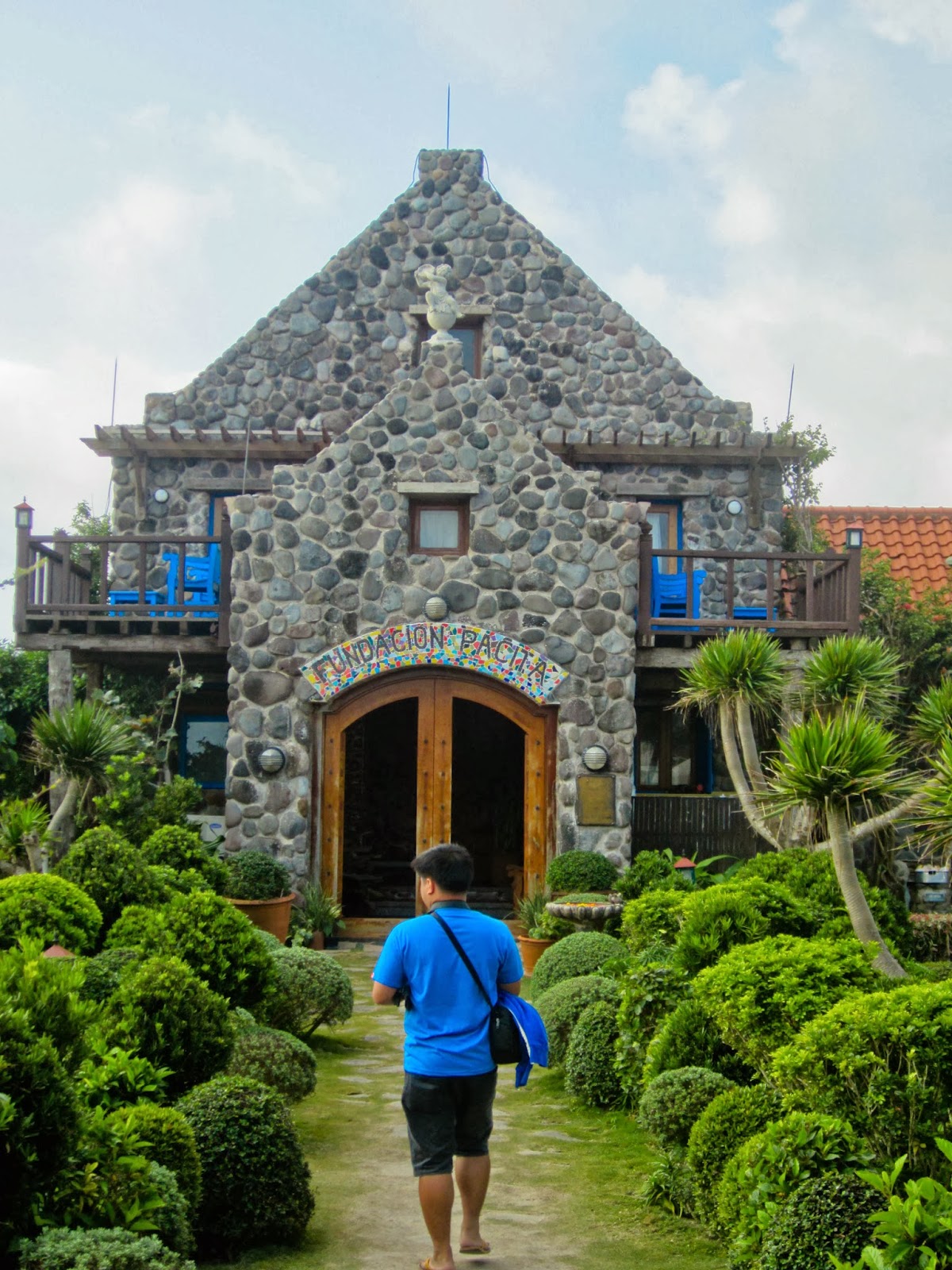 Posted by chroky at 7:05 PM No comments:

February 28 (Day 3)
0630 went to port Ivana
0730 got to the port and waited for the boat to Sabtang
0830 got to Sabtang port, registered at the information office, ate breakfast at the elementary building and started our tour
Note: we rented a tricycle for 1.3k to tour us around the island. It can carry a maximum of three persons. the tour has two parts. first part is going to Savidug, Chavayan and second part is going to Sumnanga
1130 got back to the Sinakan to eat our lunch
1230 started the other half of our tour
1530 got back to the village and we stayed at the elementary building where we will sleep overnight
1900 ate dinner at a carinderia at the side of port
2000 got back to the elem building to sleep 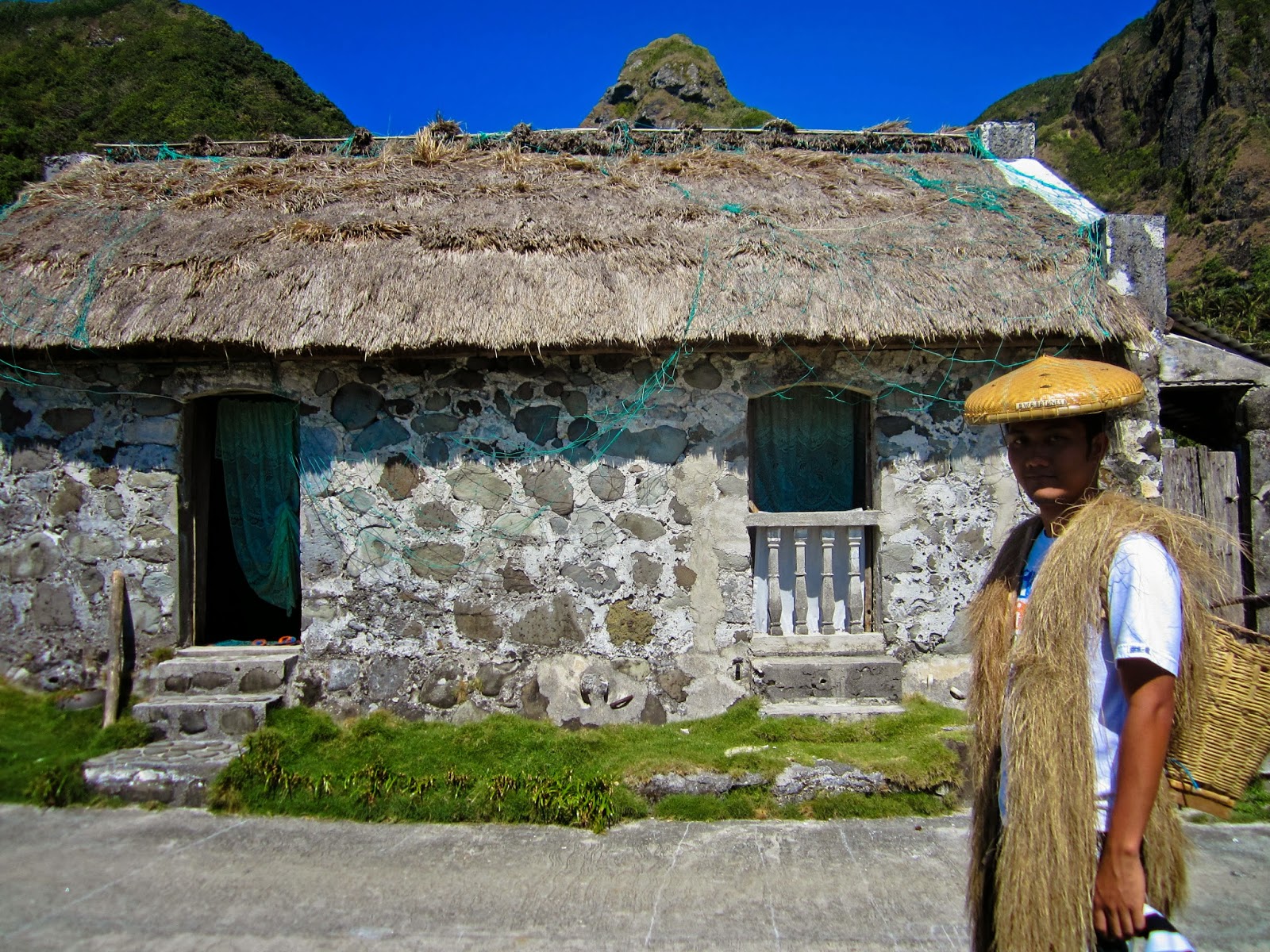 March 1 (Day 4)
0700 ate breakfast at the same carinderia during dinner
0800 went to the back to Morong beach
1100 got back at the elem building
1200 ate our lunch at the carinderia
1400 depart from Sabtang port
Note: they said on weekdays there are ample of jeepneys that you can ride from Ivana port to Basco, might as well plan or contact the place you stay for a return in Basco. since we came back on a Saturday we opted to rent a tricycle to Basco, Php220 maximum of 3 persons
1445 arrived at Ivana port
1700 got back at the homestay
1830 arrived at Bunker house and ate dinner
Note: you must have a reservation to eat at the Bunker house, meal price is Php300
2000 got back at the lodge

Posted by chroky at 6:55 PM No comments:

February 27 (Day 2)
0600 woke up and bought bread for breakfast
0830 depart to go to south of Batan, rent a tricycle, have gone to Chawa view deck, Mahatao lighthouse, Rucuh a Payaman (Marlboro country), Alapad rock formation, oldest stone house in Ivana, Honesty shop, San Jose de Obrero Chruch
Note: tricycle rental for a trip in the south is Php1,500 maximum of three persons, motorbike rental is Php100 per hour
1230 ate at Vatan grill and restaurant
1330 Maydangeb beach, San Carlos Borromeo church
1500 got back at the homestay
1900 went to Ivatan Pension House, walking distance from the lodge (Reyes st., in front of the airport)
2040 got back at the homestay

Posted by chroky at 6:43 PM No comments:

First of, GOOOOOD MOOOOORNING BATANES!!! That is my everyday mood when I was there, because it will always be a good morning when you are in Batanes. It is said that the islands of Batanes was created because of seismic movements in the sea that raises land from water, that is why most of the coast line are cliffs. First people in Batanes were Austronesians and they first set foot on a cave in Itbayat island from somewhere in Taiwan through boats.People in Batanes are called Ivatan and so as their languange. There are three islands that are inhabitant in the Batanes Group of Islands namely Batan (the center of commerce, where the Basco airport is located), Sabtang (south of Batan) and Itbayat (north of Batan). Batanes is known for its natural beauty, all you can see are natural landscapes that are created through time. Wind is both a gift and a curse on these islands. The wind brings cool breeze on a sunny day but also creates big waves in their seas and the reason why only large ships are capable of reaching Batanes from the island of Luzon.

You can reach Batanes through plane (Manila - Basco and Tuguegarao - Basco) or through ships (but ships that reaches the Basco are not paseenger ships, they just bring cargo shipments to the island and they came all the way from Pangasinan).

Batanes was my dream vacation and so I am really eager to go there. It is quite pricey to go there, normal price for a roundtrip ticket is Php16,000 and only two airlines have flights to Basco (Skyjet and PAL). So when we got the opportunity to buy a promo ticket, we bought it with no hesitation. We set meetings and discussed when, where and what are the things we will expect and do there (LOL). We agreed to stay there for 5 days, so we will not be in a hurry and to enjoy our vacation. We depart from Terminal 4 at around 7AM and arrived in Basco passed 8AM. By the way, flights in and out in Batanes are only in the morning, and usually MWF only with one flight for each airline. Below is my journal for each day we stayed in that awesome place.

February 26 (Day 1)
0600 depart from Manila terminal 4 airport
0730 arrived in Basco Batanes, weather: cloudy with small amount of rain
0800 arrived at Crisan homestay (walking distance from the airport)
0830 breakfast on a local carinderia near the homestay, there is a meatshop outside (Chilis is I think the name)
0900 rent a bike to north of Batan, went to Vayang rolling hills, Valugan boulder beach and Basco lighthouse, weather: sunny
Note: 20 per hour is the rent for a bike, biking will take a lot of effort since you will be climbing up the hills, be sure that your bike has working breaks as you will need it when you go downhill
1400 ate at the SDC canteen near the church
1430 arrived back at the homestay
1700 rode a tricycle and went back to the lighthouse to watch the sunset
1830 ate dinner at the same carinderia
1900 went back to the lodge to rest 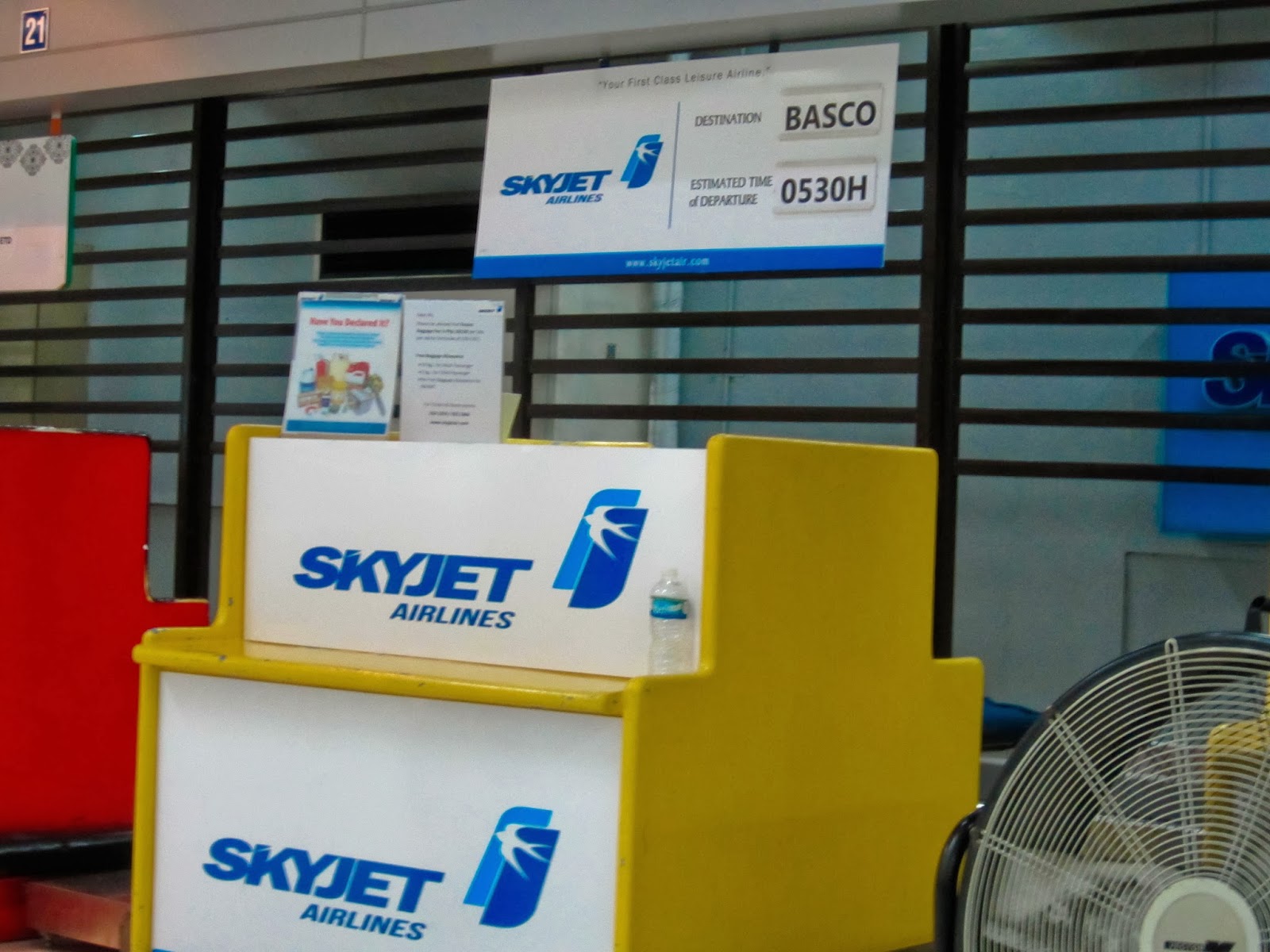 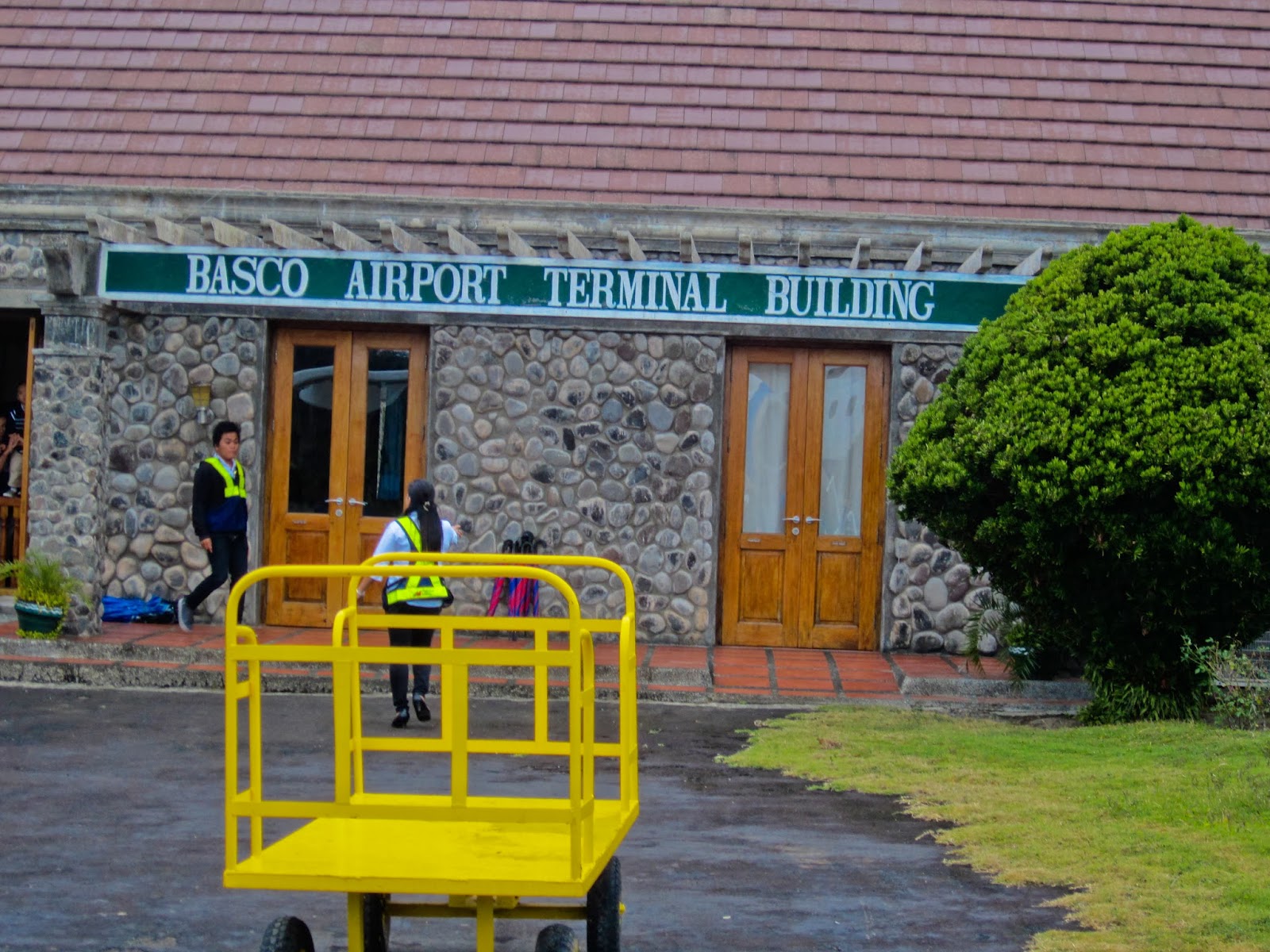 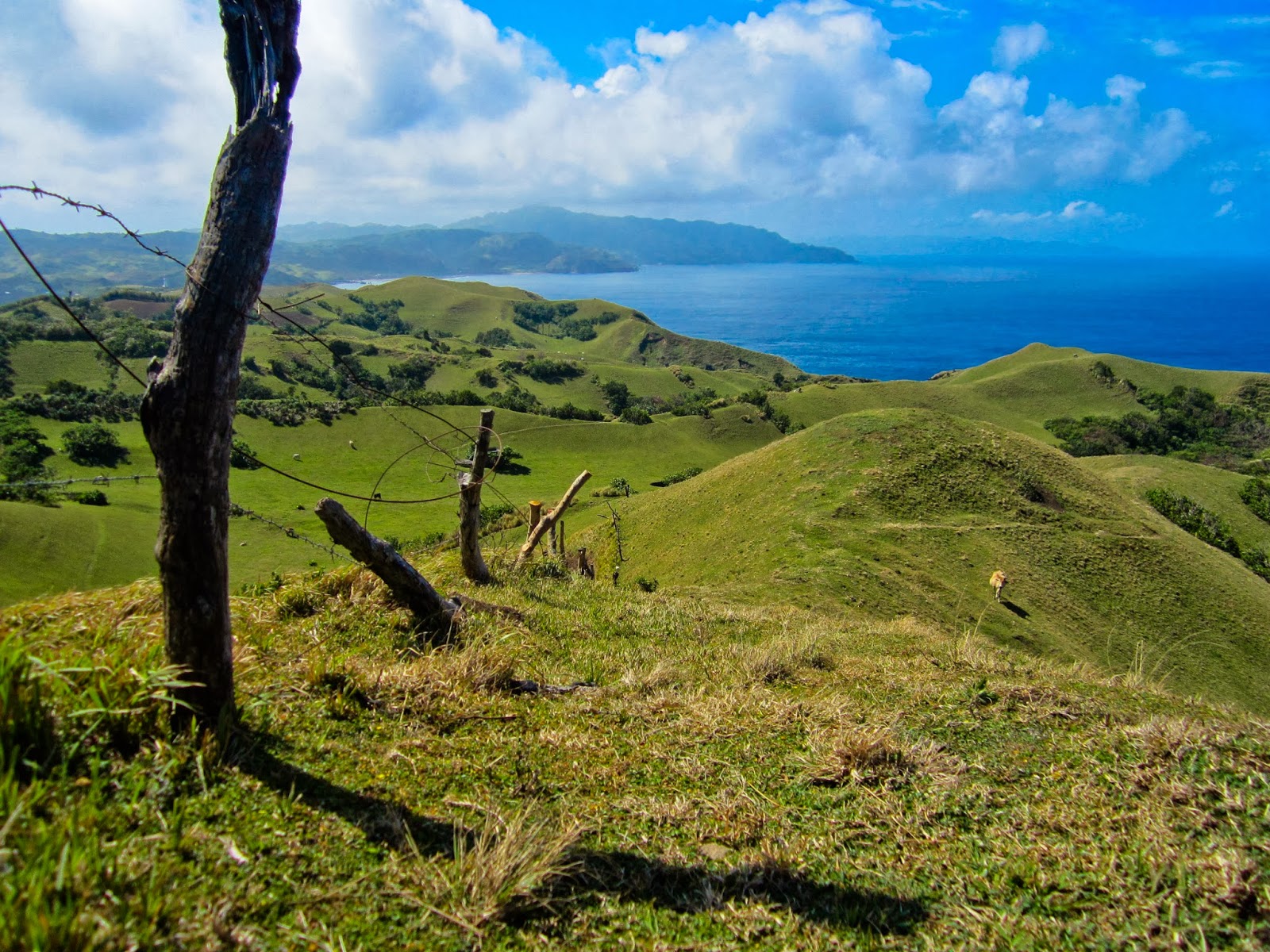 chroky
I like to eat, travel and look for great deals on the internet. Why brown? Because I am a Filipino.