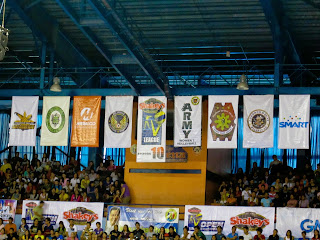 After a long hiatus here I am again and this time I will share to you my experience from a sport event. I am a sporty person (di lang halata) and I do play volleyball just for fun. I sometimes dreamed of being a varsity of our high school before but did not take risk, studies first (LOL). Some of my friends in the office are somewhat die hard volleyball fanatics, they know almost all the players and their strengths. They always talk about things that happened and about to happen on some volleyball leagues. Amazed by their stories I became curious on what really is there on these leagues. Several times they tried to ask me to join them watch the games but due to schedule I was not able to attend. This time since my schedule permits (sobrang busy lang?) I joined them watching Shakey's V-League Season 10 Finals between Cagayan Lady Rising Suns and Smart-Maynilad. 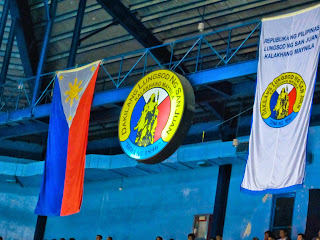 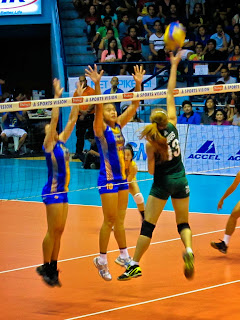 We arrived at the San Juan Arena before the championship starts so we got a glimpse of the battle-for-third game between Army and Air Force. Army won the game and I saw the ever famous Rachelle Ann Daquis, perhaps she was not just famous because of her beauty but she is really good inside the court. After the game starts the championship game.

The current standing of the teams (Cagayan vs. Smart-Maynilad) was 1-0 in favor of Cagayan, also it will be a historic event if the Cagayan team will win this game because the team was undefeated the entire season. 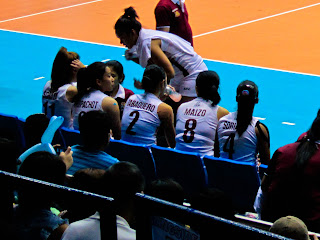 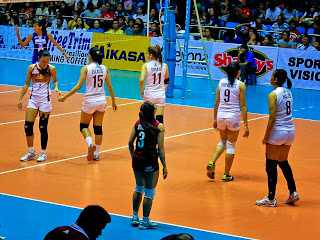 I was amazed by the people inside the San Juan Arena supporting their teams, I think I never imagined that a volleyball game have that much of attention. Smart-Maynilad supporters wearing blue and Cagayan supporters wearing white. Cheers from everywhere, each team throws shirts for their supporters, lucky enough one of my friends got one. 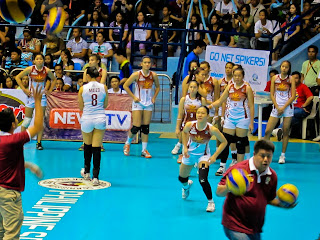 The teams were given time to practice on the court and after the buzzer is the start of the finals. 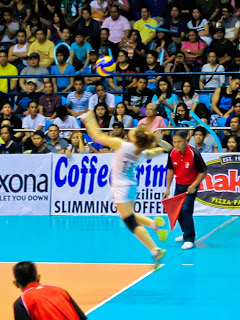 The game started with the Phomla Soraya serving for Cagayan that led to a 5-0 run. I became a Phomla Soraya fan, she is indeed a great player, anywhere she tosses the ball a spiker is ready to hit the ball. 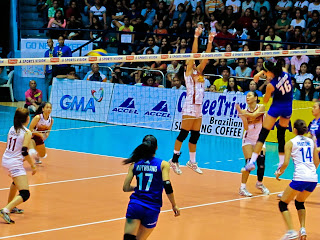 On the other end Din Din Santiago is a tower herself (nangingibabaw) a toss for her and if she hits it right, she will on be on top of her blockers but ready to receive it is the very reliable libero of Cagayan, Jheck Dionela (one of my favorites). 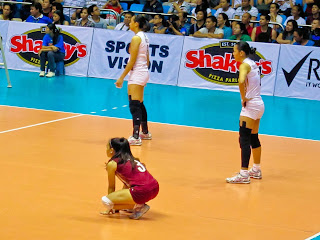 Literally she was all over the court and outside the court getting garbage and making it money. One of the crowd favorite was Alyssa Valdez, she is as powerful as Din Din but I guess needs more practice and experience. 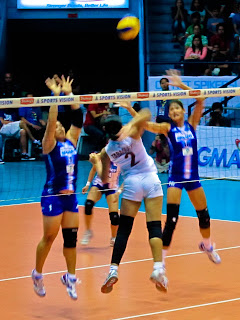 Another favorite player of mine is the captain of the Cagayan team Angeli Tabaquero she may not be the star of the game but I can feel her presence leading the team and overpowering the enemy.
Both teams battling each set with the best that they can. First set was for Cagayan, second was for Smart-Maynilad, third was for Cagayan again, fourth was for Smart-Maynilad once more. 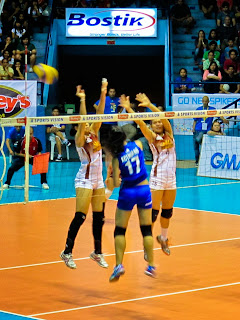 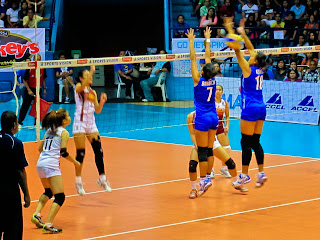 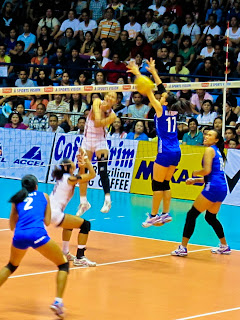 You can see the intensity of the games and seems that no one really wants to give up. Then the final set, roaring from every corner of the arena were the fans cheering for their teams. Toss from Phomla to set Angeli converting to a point. Din Din did some hits but was unable to connect since Jheck was always there to receive it. It was really an incredible experience I am on top of my lungs shouting and cheering for every point made. Funny thing is that one point to being champion, the Cagayan team players started rejoicing and they approached the score, they all thought that it was finished but the team needs to score one more point (medyo sabaw, hehehe. excited much). 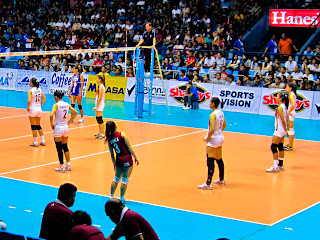 So in the end Cagayan Lady Rising Suns did made a history that day, they won the championship and they sweep the entire season undefeated. 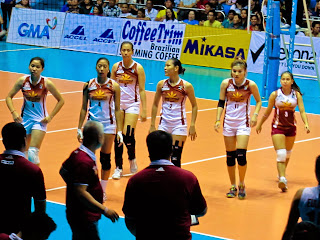 I think what the Cagayan team has is the basic of a group working together which is team work. The other team might have really good players but it won't matter if there is no oneness of the team. Congratulations to the Cagayan Lady Rising Suns! (saying di ako nakapagpapic sa mga fave players ko, hehehe,). I was not able to get a picture of their celebration, tsk. (naubusan ng batt ang digicam ko, grrr...)
Posted by chroky at 6:48 PM No comments:

chroky
I like to eat, travel and look for great deals on the internet. Why brown? Because I am a Filipino.